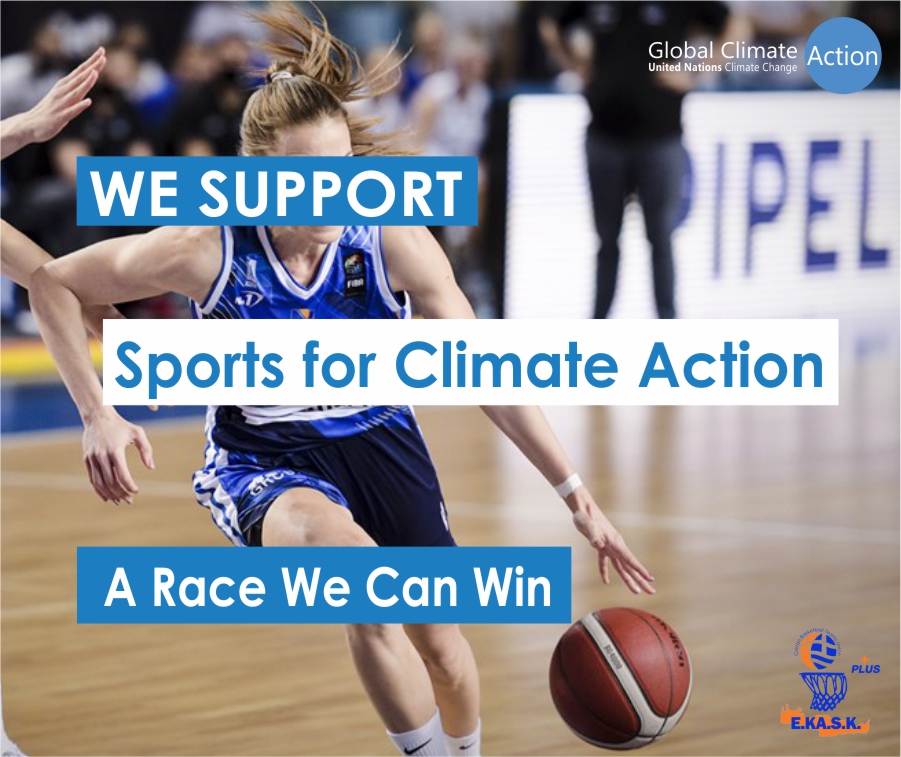 The sector of social and environmental action of the Cretan Basketball Teams Union “EKASKPLUS +” participated through its members, Mr. Anifantakis Apostolos and Mr. Stagakis Zacharias, in the annual meeting of the members of the UN global initiative “Sport for Climate Action”, which took place on 27 September. EKASK, as one of the newest members of the Action, was officially welcomed by the UN and the other members of the global sports movement, thus making the first official appearance and simultaneously the commencement of environmental action of Greek sports regarding the Climate Change issue.   “Sportfor Climate Change Action” members and UN representatives highlighted the ever-increasing risk posed by the environmental crisis, despite the global efforts. A common observation was the slowness of implementation of the Paris Agreement at the global governance level. For this reason, it was decided to intensify the action of the global sports movement on climate and to strengthen the working groups that have been formed within the “Sports Action for Climate Action Framework”. EKASK was invited and will participate in the working group regarding the communication and the promotion of the awareness for the environmental issues.