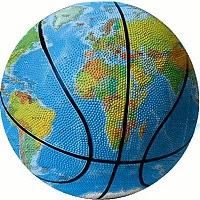 EKASK (acronym for the Cretan Basketball Teams Union) is one of the local basketball unions in Greece which is under the jurisdiction of the Hellenic Basketball Federation, with the latter in turn operating under the jurisdiction of FIBA, the world governing body for basketball. EKASK operated for the first time as an organization of the Cretan local committee in 1968 and was officially founded in 1983. It is responsible for the basketball unions in Heraklion, Lasithi, Rethymno and Chania.

The symbol of EKASK illustrates a basket and a ball above the island of Crete. Thirty-two basketball clubs with over 2,500 athletes pertain to EKASK’s remit, while EKASK organises the men’s and women’s basketball championships in the region of Crete. Championships of teenagers, boys, girls and juniors are also organised at a younger age level. In addition, Cup matches are held under the official name “Crete Battle Cup”.